By all accounts, 2009 was a year full of death. i'd hoped this year was going to give us a reprieve from losing great people, but this morning i learned of the first death in 2010 of someone i admired. You'd hesitate to call him a celebrity by any stretch of the imagination, but New York street/performance poet Bingo Gazingo's obscurity likely served as an aid to his singular imagination and oddball creativity.

photo taken from The Danger Global Warming Project
With his often crude, spiky, agitated and hilarious rants1 about sex, dementia, and, especially, popular culture,2 Gazingo (born Murray Wachs in Queens in 19243) was a Monday night regular every week at New York's Bowery Poetry Club. He was struck by a taxi on his way to one of these very events, presumably on December 28th, and died on New Year's Day.

The joy of outsider music, its celebrants often advise, is the self-contained purity offered by its enormous distance from the mainstream, and more often than not the underground, of popular culture. Outsider artists care not for the puny accolades of convention, runs the argument: they are motivated solely by their own idiosyncratic desires to make art in the way they want to. Others express scepticism about this, hinting that the artists' perceived "purity" is solely or in large part a construct of outsider fans projecting onto the practitioners their own desire to escape from modern mainstream culture or be hailed as ahead of some hipster bell-curve. A 2004 Village Voice piece by Joseph McCombs uses Bingo as an exemplar of this view:

Outsider music is uniquely valid because it's pure, the documentarians claim, untainted by rules or demands of commerce over art. Which would be fabulous if it were true. But in the 2003 U.K. documentary Outsiders, elderly New York City wordsmith Bingo Gazingo readily admits that he really just wants to make money and get write-ups in the Voice... 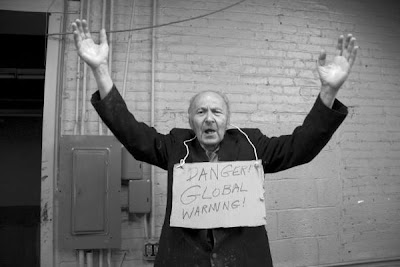 i don't see the two as contradictory, though. Bingo Gazingo was never less than upfront about his desire for wealth and stardom: in his younger days, he wrote the lyrics to 1955's "Eleven Roses" by New Jersey R&B group The Wrens, which received a "so-so" review from Billboard, and while his other attempts to make it as a songwriter were unsuccessful, he nonetheless continued to write "ballads, novelties, show tunes, country-and-western songs, anything he thought would sell, and left them at stage doors at the Roxy, the Paramount and the Strand, in a time-honored tradition ''to try to get my songs to the artists.''"4 [NYT]

His repeated insistence that he wrote songs, not poems, and that he himself should be considered a singer "despite overwhelming evidence to the contrary", was apparently neither gimmick nor eccentricity:

''I think he always insists they're songs because he knows that you can get royalties for songs,'' says a disk jockey at WFMU, 91.1 FM, who is known only as Stork. ''And he knows how royalties work. And even though he comes across as an old eccentric, I think Bingo's secret is that he really wants to be famous and make a million dollars. He knows what he's doing.''

In a sense, McCombs has got cause and effect back-to-front. BG's outsider status wasn't negated by his desire to become rich and famous, but actually confirmed and supported by his attempts to achieve this through writing songs like, say, "I Love You So Fucking Much I Can't Shit" and delivering them at 100mph through his remaining teeth. He wasn't exactly playing by the rules. The "purity" of his work, if that's what you want to call it, didn't derive from some rejection of mainstream pop culture, but from the sheer gulf between the work and any pop cultural criteria for acceptance you could care to name. The crucial factor is not intention – plenty of artists want to be rich'n'famous, after all – but the choices made in the execution of this aim. In an age of homogenised American Idol slop5 he simply didn't accept that his art was less interesting or viable or potentially saleable than that of Clay Aiken or Kelly Clarkson or whatever the name of the latest poppet to emerge from that sausage factory is.6

None of which is to suggest, as is another criticism sometimes levelled at Outsider fans,7 that appreciation of Gazingo's music is limited to a kind of sidelong ironic smirk. His collaboration with New York group My Robot Friend on the track "You're Out of the Computer", featured on the 2003 Outsiders doc Joseph McCombs refers to, was my introduction to him. Over a frantic electro backing, Gazingo's distorted voice harangues a cheating lover in the lexicon of the digital age (lyrics here):

You probably wouldn't have thought "Aha! Clearly a reader of Wired!" on first seeing Bingo, but he surprises you with a healthy8 familiarity with computer vocab, allied to his facility for a great turn of phrase (the urgency with which he delivers the "iris/virus" couplet still cracks me up every time). And what of those last two lines, which seem to veer off from nowhere into an agreement about social etiquette on meeting? There's no real need for them to be there at all, but that's a favoured trick of Bingo's: start talking about one subject, and abruptly head off on a different, surprising tangent.

His only album was a self-titled release recorded by a cadre of DJs from superior Jersey City radio station WFMU, namely R. Stevie Moore, Bob Brainen, Dennis Diken, Dave Amels, Chris Bolger and Chris Butler, and engineered by Amels. Also released by FMU,9 it incorporates a wealth of sly humour, off-kilter wordplay and moments of real transcendent sweetness. Check the poignant, hazy recollections of old Westerns a nursing home resident recounts to his nurse on "Everything's OK at the OK Corral", or the blissful redemption at the end of updated Biblical revenge tale "Every Day I Leave $10 on the Table", a line with even more pathos today: "and I'm still living/Where did it ever say I died?"


1 Though he always characterised them as songs, of which more later.
2 His WFMU-released CD includes tracks about Madonna, Beavis & Butthead, Tupac Shakur, Casablanca, and mystifyingly popular DJ Howard Stern's sidekick Gary "Baba Booey" Dell'Abate.
3 A fact that he'd rather people didn't publicise. Sometimes, his birth name was given as Murray Wachsman, Jack Wachsman or, bizarrely, Rupert Calvin Coolidge McGillicuddy, which, considering his penchant for giving his date of birth as between 2,000 and 14 billion years ago, he probably enjoyed greatly.
4 His day job was at the performing rights society Broadcast Music Incorporated sifting through radio playlists to determine which BMI-represented artists were due royalties. Subsequently, like fellow outsider musician Shooby Taylor, he spent several decades working for the US Postal Service in New York.
5 Outsider fans are "a small circle of mesmerized cognoscenti, fans not just of "bad music" -- whatever that may be in a world where Clay Aiken goes to No. 1". Nail/head, right there.
6 And any of my countrymen who might be about to indulge in a spot of complacent Yankee-bashing might pause to consider that this franchise is maybe our most successful cultural export of the last decade.
7 A good example is seen in the disappointing generalisations about Wesley Willis fans in this otherwise excellent and sympathetic article by Okkervil River frontman Will Robinson Sheff.
8 Though, admittedly, not always massively accurate.
9 On two occasions: the first time on cassette and then a reissue on CD. It remains the only single-artist album WFMU has put out.
Posted by tomasz. at 00:10

Thanks for this - it's the only tribute to him I've found. I've posted a link to it on my blog.

For some reason the Wiki entry on Bingo only lists R. Stevie Moore and myself as participants on the Bingo/WFMU cd, but there was a batch of us: Dennis Diken, Dave Amels, Chris Bolger and Chris Butler, and
Dave Amels engineered.

E.: Glad you appreciated. Oh, and re-blogging is positively encouarged around these parts :)

Bob: Thanks very much, i've amended both the blog and the WP article to reflect this information.

Tom, a great tribute, this. Bowery Poetry Club will have Bingo Vigils every Monday at 6 -- show some vids, hear some screams, read some songs, toast the Man. We're planning a Praise Day for Bingo soon -- please write me bobholmanpoet at gmail dot com. Also we're looking for people to perform in his slot, hereafter known as the Bingo Gazingo Hour (actually 20 minutes) to open for Taylor Mead, then Murray Hill's Bingo, then Diane O'Debra's Open Mic, your Monday night at the Bowery Poetry Club.
We mourn his passing, we love the artist, we Psycho! the air in his honor.

Bingo was an amazing artist, and I'm sure his star will continue to shine brighter in the future.

For the record, Bingo was hit by the cab on Monday, November 30, 2009. He spent a little over a month in the hospital after that, unconscious and in and out of intensive care until he died on New Year's Day 2010.

I've just found out he died.