"What are you listening to, tomasz?"

...why, this stuff of course! (Just a brief glance at some current rotationals.)

Germlin
Because the only excuse i need to rinse a new Germlin album is possessing a copy.
mp3: "Graves II (feat. Kania Tieffer)" 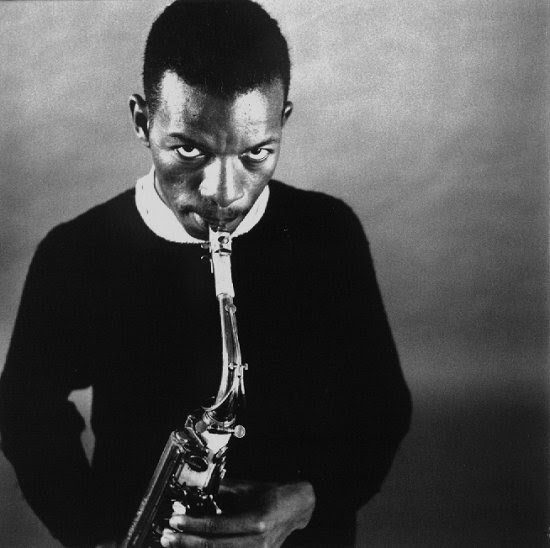 He's curating this year's Meltdown festival and the line-up looks worth selling a kidney for. There's a show where Ornette, his current quartet and special guests Bill Frisell and the Master Musicians of Jajouka will play "material from his groundbreaking album The Shape of Jazz to Come and music inspired by it". Holy fucking shit. If i could secure tickets to see that, i'd probably literally jizz in my pants. But because realistically i probably won't be able t', i've been going through the whole of the stunning 6-disc Beauty Is A Rare Thing box set on Spodify instead (link). Also, anyone else reckon he looks a bit Stringer Bell-esque in that picture?
mp3: "We Now Interrupt for a Commercial"
Prince

Everyone's favourite Top 40 industrial has-been Trent Reznor recently tried calling bullshit on Prince Rogers Nelson, saying "if you have a hundred great songs or a thousand, how about picking a few and putting them on your record that you've put out because your last several have sucked".

Well, leaving aside the obvious pot/kettle/racial-epithet action of Trent Reznor saying anyone's last several albums have sucked, the fact remains that Prince, as a Jehovah's Witness, is required to spend as much free time as possible going door-to-door trying to save people's souls, which has to be better than spending all your spare time dicking about on Twitter and sucking off tech bloggers till they do a feature crowning you King of Revolutionary New Distribution MethodzzzZzZz™. And even if you don't buy that for an argument, Prince's back catalogue still pisses on Rez's from a great height.
mp3: "7"

Shock G
The received wisdom is that Shock G's solo set Fear of a Mixed Planet was a stunning album that got slept on harder than a showroom of Sealy Posturepedics®. For once, the received wisdom is absolutely on-point. This record should have outsold the majority of rap released in 2004.
mp3: "Your Sun iz a Pimp" feat Humpty Hump & K-Lien

Jon Poole
Speaking of masterpieces no-one knows about:1 16 Zappa covers, one Cardiacs/Wildhearts alumnus,2 one rubbish drum machine, a couple of guitars, a bass, a synth, voices, and — since it was all done on a four-track recorder — probably one of history's biggest bouncedown tallies.
mp3: "Dog Breath"

Frank Zappa
Cuz you've gotta go back to the source; cuz we're going to see Zappa Plays Zappa in a week and it's going to be outrageously ace; and cuz there are 79 albums and counting to get through and i only own about six. Current selections: Sheik Yerbouti, Uncle Meat, the Cheap Thrills and Son of Cheep Thrills comps, Freak Out!
mp3: "Peaches en Regalia"

Dylan
And not even his own stuff either! Mainly just interstitial material, announcements and informative chat as i progress through the archives of his ace Theme Time show.
Pulp
Found the special edition of This Is Hardcore on Spodify. The extra material on the second disc is nothing amazing, but the album holds up well despite the unfair critical panning it got at the time.
mp3: "The Day After the Revolution"

Marilyn Roxie
("if aphex twin was american and a CHICK")
Distressingly productive American lass who puts out lush electronica/soundtrack/VGM-informed synthscapes as well as teaching Japanese and the history of rock, blogging prolifically and, for all i know, probably composing the odd symphony and constructing a beautiful palace of pebbles in her lunch hour. And her most-played group on last.fm is The Fall. i'm mildly in love.
These plays are for both some old records, and her new one, Non Limerent Object.1
mp3: "Drift Along/Distortion"

Wavves
Primarily while researching this gig preview for Amsterdam Event Guide, which ended up getting taken down anyway due to Nathan Williams' inability to handle his drugs. Nice one, Nathan!
mp3: "California Goth"

Super Furries
A favourite of Joe Germlin, appositely enough. i've always thought that, while their albums have a tendency towards slight slumps in the middle, SFA were one of the very best singles bands to have ever existed. Proof can be found in Songbook: The Singles, Vol. 1, where at least every other track is a classic. Although, having just said that, i've also been listening all the way through to Mwng, which i find their most consistent and cohesive record and which also closes with the simply beautiful "Gwreiddiau Dwfn/Mawrth Oer Ar y Blaned Neifion" ("Deep Roots/A Cold March on Neptune").
mp3: "Gwreiddiau Dwfn/Mawrth Oer Ar y Blaned Neifion"

So my rap group 30KB are playing at Kendal Calling festival (second time lucky! last year we were meant to be playing one of the tent stages at the same festival, but got fucked over by intra-promoter-ial P'n'B (politics'n'bullshit, that is)). Anyway, i'm probably missing the point of the exciting modern-day festival line-up, but the thing i'm most looking foward to seeing at said fest is the 1997 revival on day three with Ash, Idlewild and Cornershop. Wow, it's like being fourteen again! i dug out When I Was Born for the Seventh Time to celebrate and am even currently sporting my fetching beige WIWBft7T t-shirt.

Joe G.3 says they've also got a new album out that sounds "Moog-y, Bolan-y, glam rock, with sitars and trombones", which sounds intriguing, to say the least. The only slightly jarring thing about this festival appearance is their spot on the bill, below Emmy the Great (cute, but musically nothing to write home about) and The Rumble Strips (who?). But hey, at least they're on there.
mp3: "Candyman"

Shitloads of songs about coffee
And versions of "Love Will Tear Us Apart".1
1 Of which more later.
2 Though both were in the future at this point.
3 Jesus, Joe, how many times do you wanna be in this post?
Posted by tomasz. at 20:10

3 - once more -
we met the drummer dude from wavves the other week, as he was tagging along with the vivian girls at the show emma was promoting - he was a nice guy, very into music and pretty humble - i felt bad for him initially, having sorta been dumped in europe, but when him and some of the other people he was travelling with, started using the down time between soundcheck and show to start jamming on stage, i forgot about it - cool person!